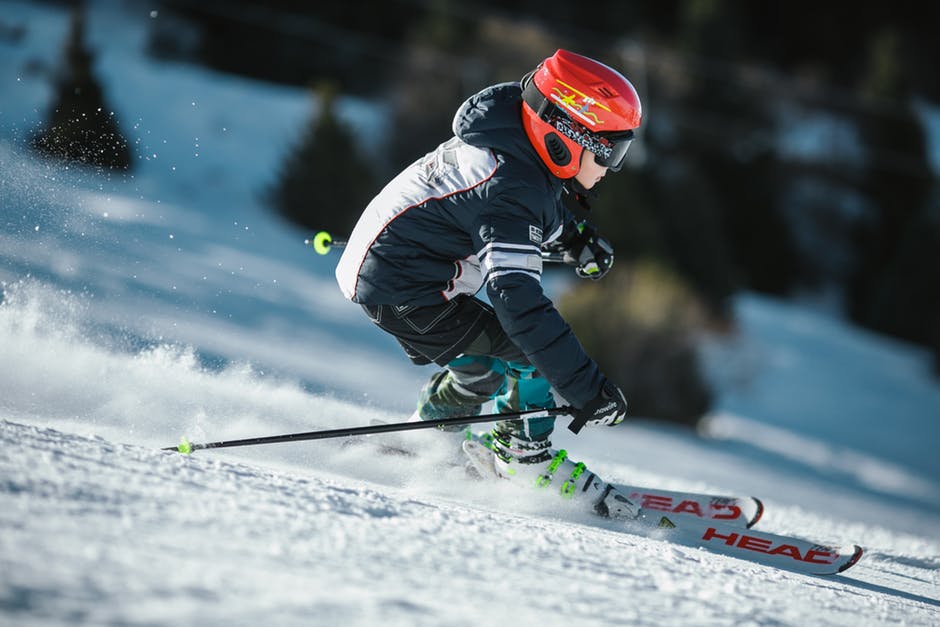 Movement in photography is tricky. If you’re a sucker for sharp focus, you probably already know that you need to keep your shutter speed high to avoid a blurry photo.

But it’s valuable to remember that giving your photographs a motion effect is an excellent way of giving life to your images. Movement in photography is often more abstract in terms. However, let your imagination run wild, and you’re sure to create some magic!

In this article, we’ll explore some basic techniques for adding movement to your photographs, along with useful equipment and suggested camera settings.

Shutter Speed For Movement In Photography

A general rule to follow when you’re trying to avoid motion blur is to keep your shutter speed above 1/100 of a second while dealing with movement in photography. So what this means is that to create motion, you want your shutter speed slower (1/50, 1/20, 1 second, 2 seconds, etc.). This will vary by your aperture and your ISO settings.

If you’re unfamiliar with how ISO, aperture, and shutter speed work together, do a bit of reading and experimentation before continuing on your movement in the photography journey.

For the techniques discussed in this article, you’ll likely want to keep your shutter speed under 1/50 of a second. Don’t expect to get the shot on the first go. You’ll probably need to experiment with your settings a few, or many, times before capturing the perfect image.

While there are endless amounts of photography gear out there, here are a few highly recommended items for motion photography.

To control the amount of movement that you see in your images, the first piece of equipment that you’ll need is a camera that allows you to control the shutter speed. Most photographers use DSLR cameras or mirrorless, although the latter are usually more expensive.

Have you yet to invest in a DSLR? It’s easy to become overwhelmed by all of the options. Keep in mind that they all pretty much do the same thing, and although quality will vary, the skills you develop are so much more important than having the newest camera and lens.

Next, while you will be able to create movement in photography with any lens, the two best options are either a zoom lens or a wide-angle lens. A zoom lens is useful because, as we will see in a later technique, it can be used to create motion. This means that you won’t need either a moving subject or a moving camera body, you’ll simply zoom the lens itself.

Another useful piece of camera equipment to create motion shots is a wide-angle lens. Having a wide-angle lens will help show the extent of the motion within your photograph. It’s also just a great all-around lens to have in your bag, especially if you like to shoot in cities.

The next piece of equipment is one that every photographer should have in their camera backpack. A tripod is a must-have, regardless of the type of photography you do. When creating motion in photography, you want intentional action. If you’re trying to move your camera side to side to create horizontal movement, you don’t want to unintentionally add in vertical motion that can be caused by camera shake.

Finally, filters are a great addition to your camera gear stash. Filters allow you to determine how much light is let into your lens, without having to adjust your aperture, shutter, or ISO. They’re incredibly useful when trying to create a motion effect during the day, especially if it’s bright and sunny. Mostly, your photo won’t be completely blown out (overexposed) if you leave your shutter open.

Keep in mind that filters vary in size, so you’ll need to know how many millimeters your lens is to purchase one that fits correctly. Additionally, you don’t want too strong of a filter, so ND8 is an excellent option to start.

Long exposure is a beautiful and common way to create motion in photography, day or night.

Long exposure is frequently used by landscape photographers who are photographing water, such as the tide or waterfalls, to give the liquid a silky effect.

To shoot a long exposure that gives water a silky effect, you’ll want to have some sort of stable object in the foreground or the sea. This not only provides the shot with some dimension, but it also shows that the motion blur of the water is intentional.

First, set your focus on a stable object (a rock in the middle of the water, for example) and then underexpose your photograph. Depending on how smooth you want your water to look, you’ll need to try different shutter speeds. Start at 1/20th of a second and work your way up or down the shutter speed scale. If it’s the day time, this is a great chance to try out a filter.

Long exposure is also used to capture star trails, which show the movement of the stars throughout the night sky and are almost always awarded endless likes, comments, and saves on social media.

Capturing star trails is a reasonably straightforward process, but it does require patience and time. Stars trace a vast variety of different paths, so even with a similar foreground, the stars will likely be unique every time.

There are loads of different apps and sky planners that can help you with astrophotography. Many also have timers included that will tell you how long you need to shoot for to capture different star trail lengths. You should also consider investing in a shutter release (either cable or remote) to avoid camera shake and allow for continuous shooting over a long period (some cameras have this, but others don’t).

To shoot a long exposure that captures star trails, you’ll first want to scout a location that’s in a dark sky zone. It’s good practice to have something in the foreground that cuts the sky (a hill, castle, car, tent, person, tree, etc.) because if not, it’s very hard to tell that you’ve captured stars and not just drawn some wavy white lines onto a black canvas.

Once you have your location, let’s say it’s an abandoned castle, and composed your shot with your camera on your tripod, it’s time to start shooting! There are two options that you can use to create star trails.

Not Just for Nature

Imagine you’re at a famous spot overlooking the Brooklyn Bridge at night. Although it will be far too bright to capture stars because of the city lights, you can use long exposure techniques to show the movement of the cars crossing the bridge.

Set up your tripod and set your focus onto the bridge. Underexpose the photograph and set your shutter speed for 1/10th of a second to start. This is still a relatively short shutter speed, but it will give you evidence of motion. The longer you make your shutter, the more light will seep in, but you’ll also have longer light trails from the cars. It’s all about finding a happy medium.

Intentional camera movement means that you, the photographer, are controlling how and where you move your camera to create a motion effect. There are a few different ways that you can use this action.

Panning is a commonly used technique that requires you to follow the subject as they move. You need to set your shutter speed based on how fast the subject is moving. For example, if you’re capturing a man walking his dog, you’ll need to use a slower (1/20 or 1/50) shutter speed than if you’re obtaining a racecar (1/80 or up depending on speed).

Remember how we suggested having a zoom lens in your camera bag? This is where it comes into its own.

With your zoom lens on your camera body, and the body securely attached to a tripod, set your shutter speed at about 1/20th of a second, zoom into your subject, and set the focus. When this is ready, hit the shutter button and begin climbing slowly or quickly (these will create different effects) in and out of your subject.

To create a truly unique photograph, consider the symmetry of your location for movement in photography. Also, find the light sources in the area. A very symmetrical setup will create an entirely different effect than an asymmetrical one, even if the subject remains the same.

Another great way to create intentional motion photography is through camera rotation. This one is a bit trickier because unless you have a tripod that allows for horizontal rotation, you’ll need to keep your shutter speed at about 1/20th of a second.

You can still create some fantastic photographs by hand-holding your camera. You’ll want to find a subject such as a face which will, for the most part, remain in focus while everything around it seems to spin either clockwise or counterclockwise. To keep that face in focus, you’ll need to imagine that your lens is on an axis and needs to stay on that throughout the full rotation.

This type of ICM requires some thinking ahead. Your photo will be uninteresting if you simply move your camera left to right or up and down while sitting at a desk. Instead, think about where there are already natural lines. A forest with trees, a park with a view of a city, rows of cars, pr stacks of paper, all have natural lines that can make for an interesting composition.

Once you know what you want to shoot, you’ll need a tripod. Let’s imagine that you’re on a hill with a view of a city with tall skyscrapers. Sure, you can move your camera up and down while holding it, but with a shutter speed of between 1/50 and 1/20 of a second, you’ll have a great deal of unintended camera shake. The photo will probably look more like you dropped your camera while taking a photograph than an intentional motion blur photo.

Instead, set up your camera on a tripod. A ball head trip is ideal as it will make it easy to keep the camera study while still giving you the mobility to turn it horizontally or vertically. Now, as you move your camera, following the lines of the skyscrapers, you’ll see vertical motion blur. Moving the camera up and down at different speeds will create different results.

Now that you’ve got the basics, it’s time to get started! The best way to learn new photography skills is to practice them. It probably won’t work on the first try, but that’s okay! It’s a good thing when photographs don’t go as planned because it’s an opportunity to learn what not to do.

Want to keep researching? Check out our other guides, and you’ll be shooting movement in photography like a pro in no time. 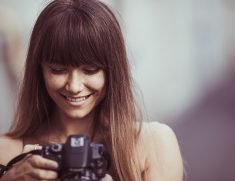 7 Tips For a Beginner Photographer 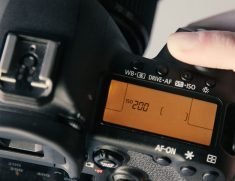 ISO in Photography for Beginners 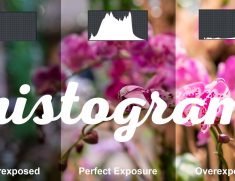 What Is a Histogram and How to Use It